By continuing your navigation on https://relaisducoeur.mecenat-cardiaque.org you agree to the use of cookies and similar technologies to ensure the nominal operation of the website (eg. maintain your connection). 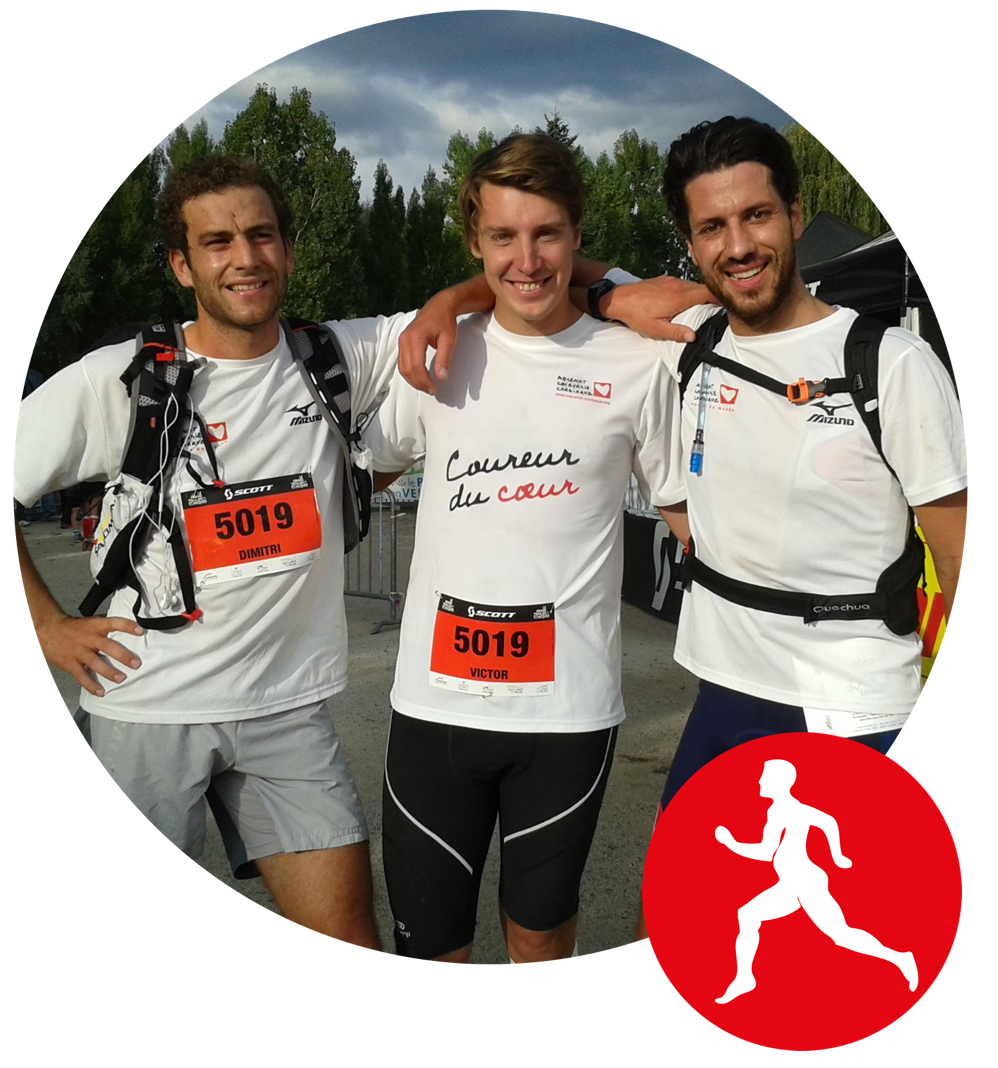 A group of friends embarked on a sporting and charitable challenge by taking part in the Trail de Saint-Jacques and the Saintélyon in 2013 for the benefit of Mécénat Chirurgie Cardiaque.

"We got to know the association several years ago through sporting events. We share its values and appreciate its action. It is thanks to the association's sporting dynamics that we launched our project.

We are not professional runners, but we wanted to challenge ourselves to achieve as a team: a relay trail proved to be the perfect combination. Knowing that you are running for a team but also for an association adds a dose of motivation. Thanks to our fundraising page, we were able to create a simple and effective online fundraising campaign to communicate to our friends and family.

PARIS-TOURS : A CYCLING TOUR FOR CHILDREN

A great cycling classic, this event was born in 1896 and gave ideas to the CRAC Touraine club. A small peloton took part in this mythical stage before the professionals.

About 15 participants met at dawn for 235 kilometres between Authon-du-Perche in the Eure-et-Loire and Tours. Despite the wind and cool temperatures, the amateurs completed the stage at an average speed of over 34 km/h.

On the initiative of their president Arnaud Nivet, the friends of Crac Touraine wanted to give a tone of solidarity to their journey by collecting funds for the association on the online collection platform.

This support was all the more symbolic as Tours is a regional branch of Mécénat Chirurgie Cardiaque with the CHRU of Tours which operates on the children received in France. On their arrival in Tours after 7 hours of cycling, the group was congratulated by Jémima, a 4 year old girl from Benin, accompanied by her host family and the association's volunteers from Tours. 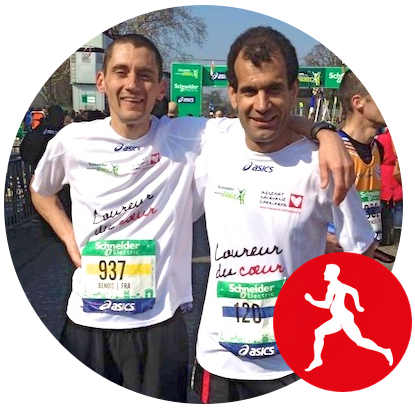 Many Coureurs du Coeur have created an online fundraising page for the Schneider Electric Marathon de Paris 2013 to save little Hassan-Seydou who has a heart defect.

"I ran with a friend in the Marathon de Paris. We have been registered in Paris for a long time and we ran in the colours of Mécénat Chirurgie Cardiaque for which we each raised money online to allow a little African boy to have an operation in France. I've been thinking about running in solidarity for several years.

Our "Coureurs du Cœur" shirts were a hit. This was my fifth marathon but the emotion that overwhelmed me when I crossed the finish line was extraordinary. The people in charge of the association were there to welcome us and congratulate us. I hope that through this race we will have contributed to the visibility of the association's action. Solidarity, fraternity, courage and surpassing oneself: shared values!

SEND US YOUR TESTIMONIALS!

You have worn the colours of Mécénat Chirugie Cardiaque on a sporting event and would like to share your experience with us? Send us your testimonials and photos!